Articles
Our Wonderful Dream to Build a Cooperative Has Been Realized
20.May.2015 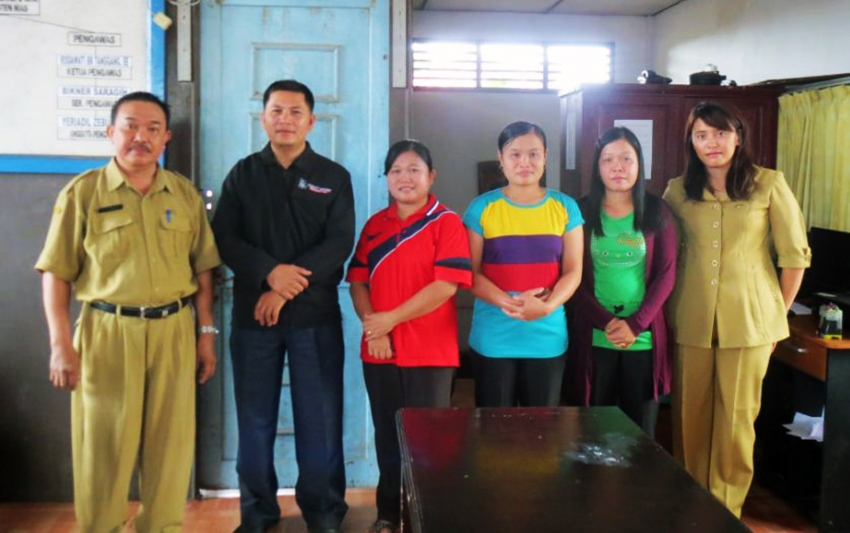 Amolisi Gulo, head of Akheulawe Village who also serves as supervisor of KEFAS Cooperative admitted that at first, members of saving-credit group were not
satisfi ed because the group did not have legal status. “The villagers wanted to have legal certainty. They assumed without legal entity, we were just bragging. That’s why we collected funding sources from our membership fees, kiosk, and church members’ donation. After 2 years, we dared to
establish a cooperative,” Amolisi said.

According to Amolisi, the scope of saving-credit group was limited because people from other villages could not join. They wanted a cooperative that would not limited by region. To meet this need, CDRM&CDS facilitated hearings with Cooperative Agency, and helped complete the requirements for cooperative registration. “We were lucky, because usually we have to pay to get cooperative license, and we got it for free,” Amolisi added.

Ernawati Kristiani Manao, head of KEFAS Cooperative told her experience to get the license from Cooperative Agency. “Before, I never went alone to Cooperative Agency office, I was always accompanied by my husband. But at the second meeting, I learnt to do it by myself. At fi rst I was confused, but fortunately it turned out that I could do it, and I got the cooperative license. Now the district government really appreciates us, women, as administrator of this cooperative,” she told proudly.

After having a legal entity, many villagers, tukang ojek (motorbike-earner drivers), and people with difability join the cooperative. The other organization even entrusted their cash to KEFAS Cooperative. “Although many people wanted to join, we have to carefully select our prospective members, to keep our business. We did check the background and their capability to pay, because mostly, the main reason people wanted to join this cooperative is to borrow money. We did not want loans from this cooperative burdened them, especially after the decline in rubber prices,” Yurmina Waruwu, treasurer of KEFAS Cooperative told.

Nevertheless, the administrators realized many challenges with this new cooperative. “This is a new cooperative. Our human resources and administration
are still weak. It is harder to work in cooperative than in saving-credit group, but we realize that it will be bless for all. In order to keep passionate, we always have administrator meetings, and keep our vision in mind: from us, by us, for us,” Ernawati told.